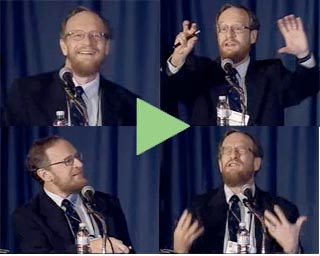 NASA’s Goddard Institute for Space Studies just published a modeling study that further substantiates Dr. Alley’s argument that carbon dioxide acts as Earth’s thermostat because of the dynamic relationships that it has with water vapor and clouds. Be sure to check out the associated papers linked at the bottom of the press release.

Atmospheric carbon dioxide performs a role similar to that of the house thermostat in setting the equilibrium temperature of the Earth. It differs from the house thermostat in that carbon dioxide itself is a potent greenhouse gas (GHG) warming the ground surface by means of the greenhouse effect. It is this sustained warming that enables water vapor and clouds to maintain their atmospheric distributions as the so-called feedback effects that amplify the initial warming provided by the non-condensing GHGs, and in the process, account for the bulk of the total terrestrial greenhouse effect. Since the radiative effects associated with the buildup of water vapor to near-saturation levels and the subsequent condensation into clouds are far stronger than the equilibrium level of radiative forcing by the non-condensing GHGs, this results in large local fluctuations in temperature about the global equilibrium value. Together with the similar non-linear responses involving the ocean heat capacity, the net effect is the “natural variability” that the climate system exhibits regionally, and on inter-annual and decadal timescales, whether the global equilibrium temperature of the Earth is being kept fixed, or is being forced to re-adjust in response to changes in the level of atmospheric GHGs.