Youth activists was a prominent aspect of COP25. During the second week at COP25 in Madrid, Spain, I felt, heard, and saw the youth at the conference in more ways than one. It is important to recognize the intersection of youth and climate, where climate change is an intragenerational challenge and ultimately it will be the youth of today who have to address the ever-changing climate of tomorrow. More importantly, it is notable that youth have the power to shape policy which ultimately governs greenhouse gas emissions from nations. It is also necessary to recognize that the COP25 conference was moved from Santiago, Chile to Madrid, Spain in a last minute effort amid student-led protests that were happening in Chile at the time to criticize the Chilean government. Student and youth voices were at the forefront of this protest of the Chilean government and had significant visibility around the world, which led to Chile having to cancel hosting both the COP25 and the Asia-Pacific Economic Cooperation summit, an international trade conference. 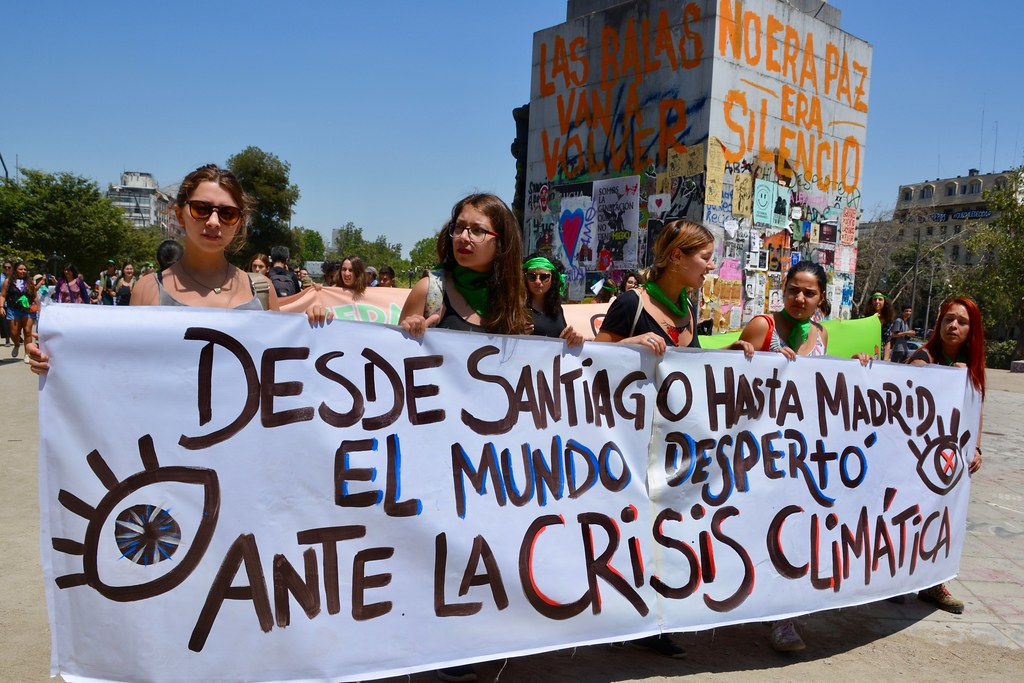 Pictured above: In December, 2019 students protest in Santiago, Chile regarding the climate crisis

In 2019, the world saw a surge in youth activism. Youth demanded climate justice and adequate action towards addressing the climate emergency, yet it mostly fell on deaf ears at COP25, since little progress was made at the conference. In Madrid, there were youth activists that collaborated with other activists at the conference, including indigenous activists, to protest government inaction amid their empty words and promises at COP25.

Some of the most inspiring and knowledgeable speakers at COP25 were the youth speakers. They held the composure of being wise-beyond-their-years when speaking to the audience. I wanted to highlight some of the youth speakers that I heard and saw at the conference and acknowledge their integral positions and voices at COP25 including Hilda Flavia Nakabuye from Uganda, Angela Valenzuela from Chile, Alexandria Villaseñor from New York, and Luisa Neubaur from Germany.

Collaborating with other youth activists at COP25 was… can you guess? Correct! It was Greta Thunberg. As many know, Thunberg is a young, Swedish activist who started Fridays for Future, a youth-led climate movement that has had a profound and inspiring impact around the globe. While at COP25, it was announced that Thunberg was named TIME magazine’s Person of the Year in 2019. This symbolic announcement stressed the increasing importance of youth at the annual climate conference. What really stuck out to me at COP25 regarding Greta’s presence was that she utilized her positionality and her fame to redirect conversations to focus on global south, feminist, indigenous, and other youth activists and also on the threat of the climate emergency. I was impressed by her ability to use her position to help elevate other speakers and activists. For the panels that Thunberg was a part of, she used her time on these panels to give others the space to speak. 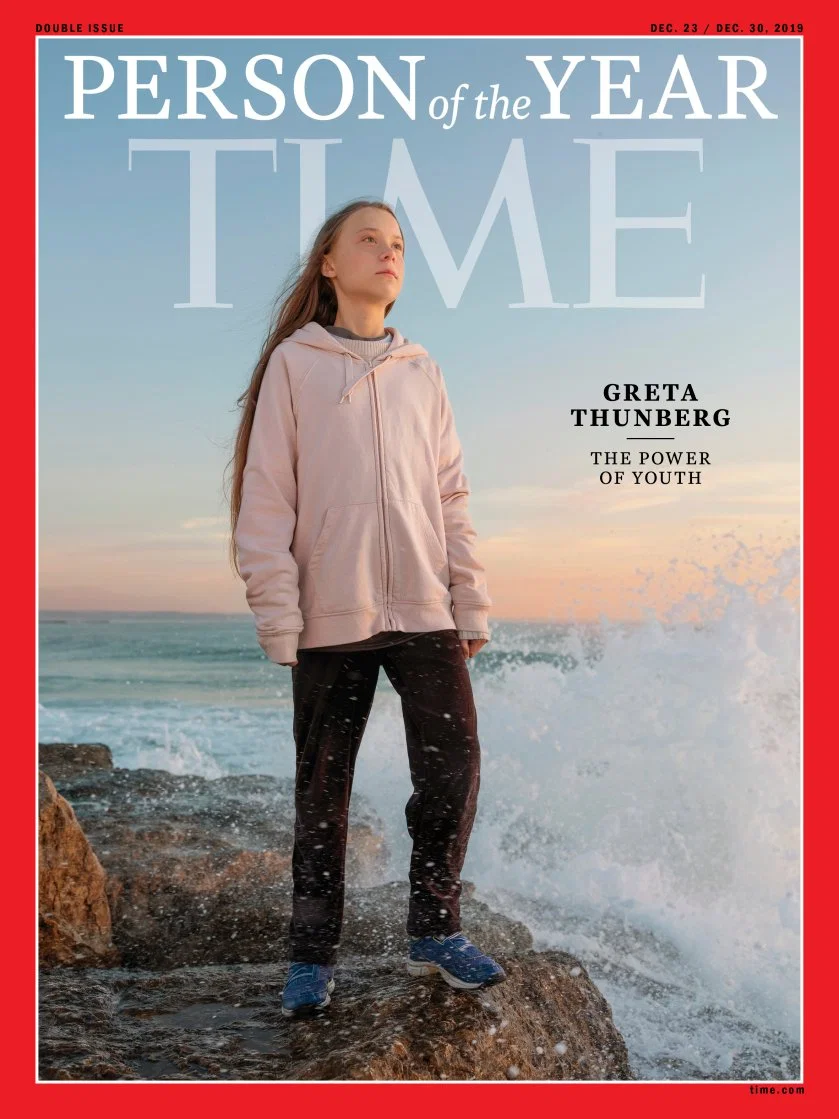 Pictured above: Greta Thunberg on the cover of TIME magazine, named Person of the Year in 2019

Incorporated in COP25 events were a few conference-sanctioned youth events. Some of these included the “Press Conference with Greta Thunberg, Luisa Neubauer, and Other Youth Activists”, and also the “Global South Women and Young Feminist Meet the Climate Crises: Alternatives, Solutions, and Narratives” event. Additionally, the Action Hub at COP25 hosted the “Youth capacity-building in urban contexts” event, the “Innovative Partnerships for Bridging Capacity Building Gaps: Lessons from Youth and Education Organizations” event, and also the “Young women as climate change-makers” event. Also I would like to note that in week 1 of COP25, there was a day devoted to youth at the conference, which was titled Young and Future Generations Day at the UN Climate Change Conference. Since I attended COP25 in week 2, I am unaware of the outcomes of the day or how it was received by conference attendees. Most notably, to increase visibility beyond the conference-sanctioned events, the youth created a surprise demonstration at a high-level conference event in week 2. Welcomed or not welcomed, the youth stormed the stage and proceeded to chant “What do we want? Climate justice. When do we want it? Now” and “We are unstoppable, another world is possible!”. This activism held the media and the audience’s attention, showing the passion that the youth demonstrate for the world to take action for the on-going climate emergency. 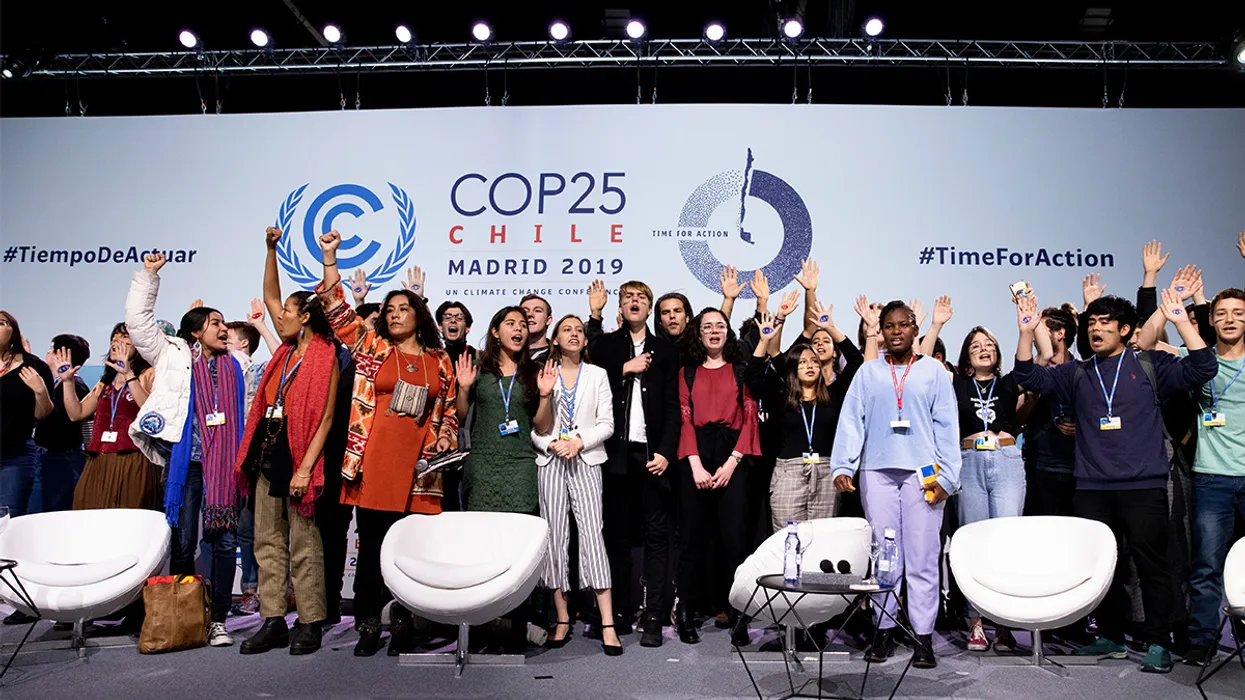 Pictured above: Youth activists who took the stage of a high-level event at COP25

Could more have been done to create an inclusive space and raise up the voices of indigenous, feminist, and youth activists at the conference? Absolutely. While incorporating events and panels on youth at the conference is a step in the right direction, there is much more to be done to acknowledge the youth’s role in combating the climate emergency and also incorporate their knowledge and voices at every level of the UNFCCC (United Nations Framework Convention on Climate Change). While COP26 has been cancelled due to the COVID19 pandemic, intragenerational climate action should be a part of all negotiations and days of future UNFCCC conferences. Youth at COP25 showed me what youth-led, feminist-led, indigenous-led, and global south-led climate action looks like, and the absolute importance of treating climate change as the climate emergency that it is.